Easter is tomorrow. Let’s remember that the resurrection is for the garden too. Spring brings the waking of the natural world after the dead of winter. The tradition and symbolism associated with Easter in the Northern hemisphere is very much a spring festival, and we think of the Christian resurrection, but also of life and rebirth in general. 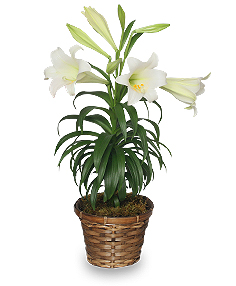 The Easter lily is the most popular Easter flower in America. Millions are grown each year. They are usually forced in greenhouses to assure that they bloom at the right time. Long before the advent of Christianity, the Lily was considered a symbol of life and was associated with various goddesses of fertility. For Christians, the white lily stands for purity, and the Easter lily has become a symbol for us of the resurrection of Christ. The most commonly grown lily, that is called “Easter Lily” is the Bermuda lily (Lilium longiflorum). However, other white cultivars are also grown as Easter lily. In many areas you can plant your lily outside 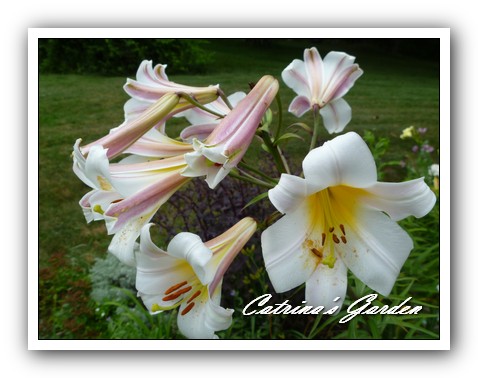 after it has served as an “Easter Lily”. In future years it will not flower at Easter time. I guess I don’t personally care for Easter Lilies, and they are not hardy here in far northern Wisconsin. We did, however, have them growing in our garden when we lived in southern Wisconsin. Here is my “Easter Lily”; it is the “Regal Lily” (Lillium Regale). It is much taller than everyone else’s “Easter Lilies” at about 4 feet and has a pink cast. It blooms in late July, not at Easter time. The original “Easter Lily” was probably the exquisite Madonna lily (Lilium candidum), which grows wild in the Mediterranean, but not in Wisconsin. Madonna lily looks a lot like our modern Easter lily but it also is a lot taller. 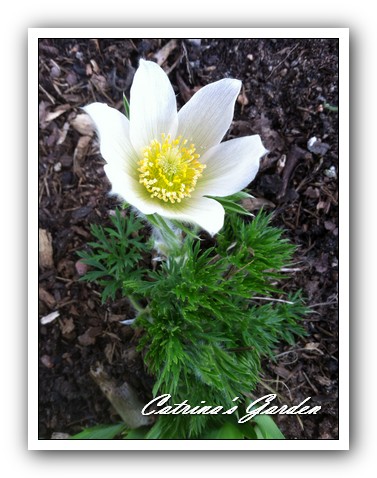 The pasque flower is another plant closely associated with Easter. It is from the genus Pulatilla, which is sometimes considered a subgenus of the Anemone. The pasque flower blooms in the spring and its name comes from the French word “Pasque” which means Easter. It has also been known as the “pash flower” or “passion flower”. Although it is more obscure; for me, this is the best flower for Easter.  It blooms naturally at this time and is fully hardy. There are native and hybrid varieties from Europe but there are also closely related North American natives. The botanical name also has references to Easter, the genus, Pulsatilla, means “beaten” (as in 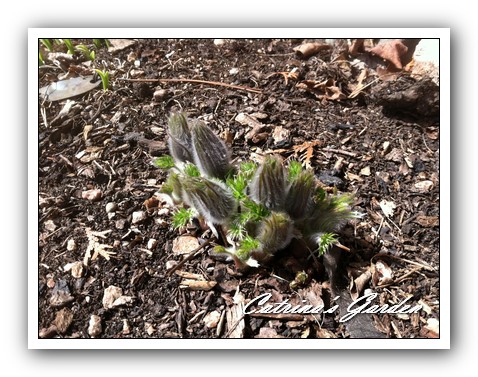 beaten by the wind, or “wind-blown”). This may refer to the way that the wind treats these early flowers, but it also reminds us how Jesus was treated. Meanwhile, vulgaris means “common.” European and hybrid varieties can be lavender, dark purple, reddish-purple, cream or white.

Pasque flower or Pulsatilla vulgaris is a member of the buttercup family (Ranunulaceae). Closely related is Pulsatilla Patens (sometimes classified as 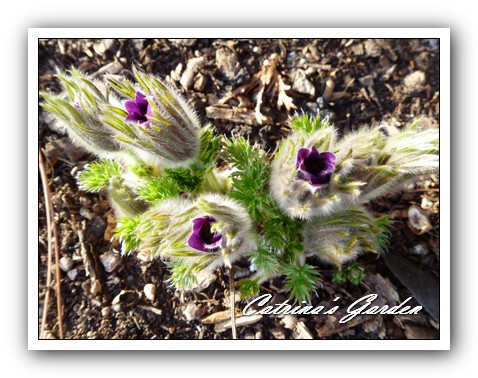 Anemone Patens) this is the one that is native here in North America. Patens means “spreading”.

It is perennial and grows to only about 8 inches high. Pasque Flower forms a clump that spreads over time, but not quickly. This little beauty is found across the Great Plains and into Alaska and Siberia. The solitary flowers come up first from each basil cluster. There are 5 to 8 petals which are not actually petals but “sepals”. They are fuzzy on the outside but not on the inside. They can be lavender, blue or white. The 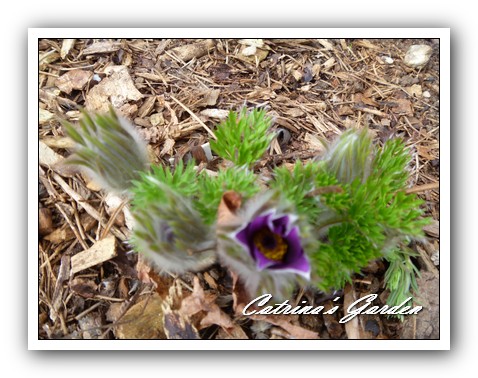 pistil terminates in what looks like a purple fuzzy button. The color may vary according to the flower color.

This is surrounded by 150 to 200 stamens with yellow anthers. My favorite thing about them is that the leaves, stems and undersides of the flowers are covered with silky hair. These “fuzzy” plants then develop beautiful wispy seed heads that are as nice if not nicer than the flowers. 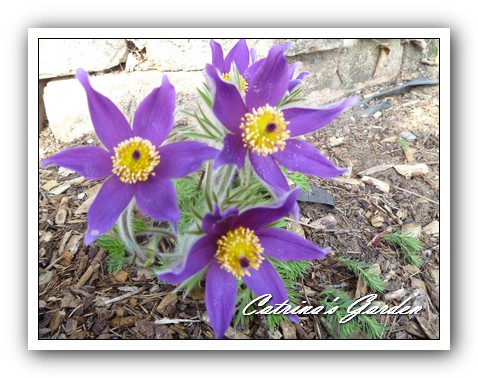 don’t eat them. There are not very many flowers that bloom this early. Snowdrops, crocus and other spring bulbs compliment the pasque flower and the Lenten rose or hellebore actually precedes it, blooming even earlier than Easter. There is something special about those first flowers to greet you in spring after a long hard winter.  Sometimes they even bloom through the snow here in Wisconsin.

The plant is now generally considered to be poisonous and is not recommended to be used externally either as it will raise blisters on the skin. It was, however, used in the past by Native Americans to induce labor and for skin lesions and arthritis. Other medicinal uses are also mentioned by various sources.

Pasque flower is sometimes confused with Prairie Smoke (Geum Triflorum). The seed heads look similar but are more reddish than Pasque flower and the flowers are also reddish.

Easter’s coming makes me think of all these flowers popping out. As Christians 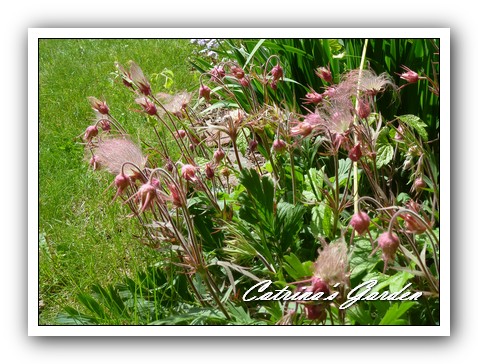 celebrate the resurrection of Christ we also mark the return of spring. With more than a foot of snow falling on Holy Wednesday this year it will seem more miraculous and more to be celebrated this year than ever. The flowers were peaking up before the blizzard so when spring finally comes – as soon it will – it will truly seem like a rebirth.