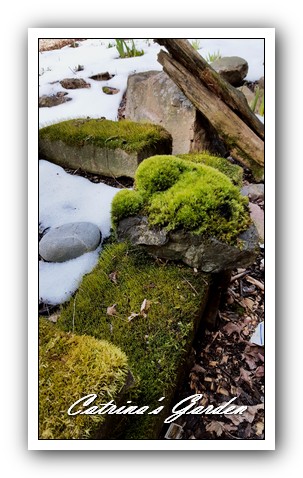 I often hear gardeners bemoaning the fact that they have moss in their gardens. I will have to say I really don’t get this sentiment. I love moss. It brightens up your garden in early spring with its lush bright green appearance, and softens the edges in your rock garden all year round. Moss gives your garden a rustic, aged appearance.

There are thousands of varieties so if you would like to “encourage” your moss you could end up with a beautiful patchwork, displaying different shades of green and maybe some yellow, blue or even red.

When I can I use bricks and or rocks 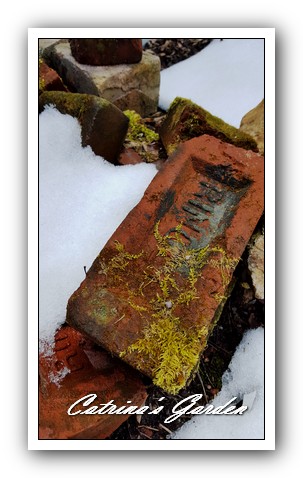 It is pointless to try and kill moss and grow grass. Just give up please. If you have moss it is too shady for grass. Either learn to love the moss or plant other shade loving plants…like hosta. If you must grow grass in that spot, you need to look at the reasons why grass won’t grow there. Don’t try and kill the moss. Instead try and make the grass grow better.  These are the most likely reasons why your grass is not growing well. 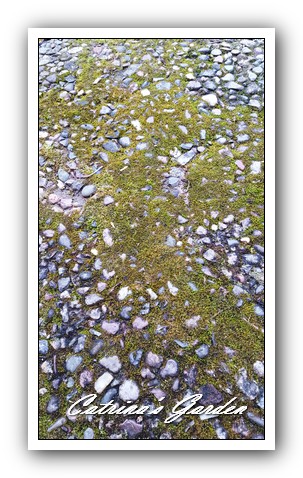 There are places where even I need to kill the moss. Here is an example: this is my front walk. I don’t mind the way it looks on the cobbled sidewalk, but it is a slipping hazard.

The safe method that I use is to sprinkle plain old baking soda in the area where the moss is not desired. It is safe for humans, insects and most plants. Wood ash works too but be careful not to wash it into your garden. Both of these work by changing the pH. Wood ash is stronger. Baking soda can even be used on the roof and then the water used to water plants; even edible plants. If it is not a large area you could also try using boiling water or a pressure washer. Since this is “only water” it is also safe for garden creatures and plants.

Most moss killers contain copper, zinc or iron which can be toxic; especially to fish and aquatic life, but garden plants and insects won’t be happy either. Many sources recommend using bleach or vinegar. Vinegar is a little safer, but it will kill nearby plants by changing the pH too much. Chlorine bleach is incredibly toxic to nearby plants, soil life, amphibians, and human lungs. Did you know it was used in WWI as a deadly weapon? When it breaks down it forms cancer-causing dioxins.

If you want less moss in the actual soil of your garden beds, just add compost. This will balance the Ph of your soil and help the change the composition of the soil from fungal (which is what moss likes) to bacterial. It also works by making the surface of your soil uneven which is why mulch will also help in gardens.  Moss likes to grow on flat surfaces. Remember these guys are tiny a stick or acorn lying on the ground is like climbing up a mountain for them. Increasing light and air circulation in the area will also help decrease moss. 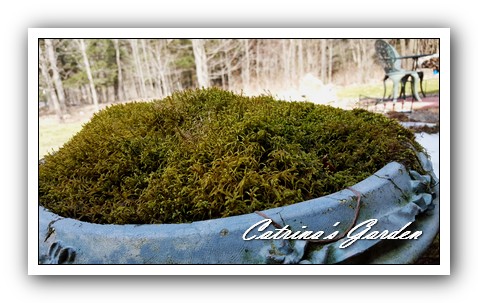 So enough on how to get rid of moss; what we really want to talk about is inducing you to like moss in the right situation. Don’t automatically kill it. Really, it can be very beautiful. 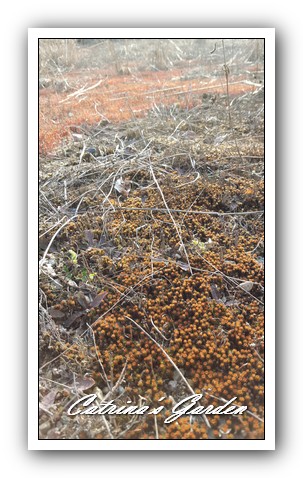 So what should you do to grow moss? Well, you don’t really have to do anything. Moss happens in the right conditions. There are even certain types of moss that will grow in the sun. Basically, all you need to grow moss is other moss. It will help if the surface that you want to grow moss on is smooth and free of weeds. You can place slabs of moss where you want it to grow. Pat it down well, and if you have a large area to cover and just a little moss to work with you can break it into pieces and let them grow together.

Moss needs moisture to increase but not to stay alive. Some mosses even require dry periods to do well. If you are trying to get moss started (as opposed to just letting it happen) you should keep the area a little wetter than you would your normal garden, but once moss is established you will not need to water it any more than the rest of your garden. Moss does not need deep watering, just a light mist every so often, because it doesn’t have roots. It actually requires a lot less water than grass. 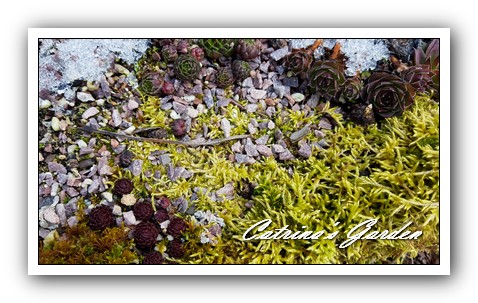 So, what exactly is moss? Like a fern, moss grows from spores. The spores develop green threadlike structures called protonema instead of roots. They push into the ground a little or attach to surfaces but they serve only as anchors and do not take up any nutrients or water. If you are collecting moss to grow in your garden try to get some of the dirt attached or in the case of rocks scrape with a sharp blade so that you break off fewer of the protonema. Mosses eventually develop a tiny flat leave. Moss is actually thousands of plants growing together rather than one big plant that makes up a matt. Moss gets everything it needs from the air which is why it can grow on rocks…cool right? 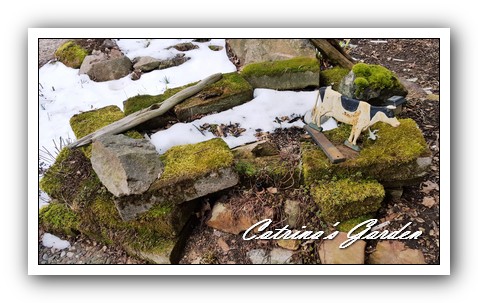 So what about this pH thing? Well, moss is not particularly fussy about this. They do fine on most soils but prefer a slightly acidic soil. Most moss will not survive if the pH is higher than 6.5.

Contrary to popular belief buttermilk does not help moss grow. It can actually mold and then not smell very nice. Water works just as well. Mosses do not 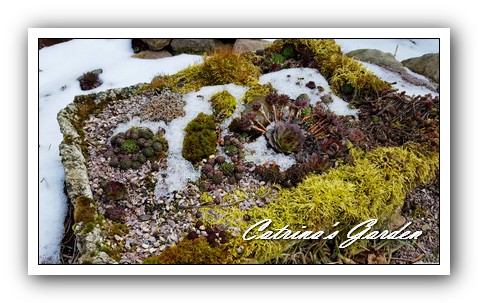 use nutrients so the idea of feeding it with buttermilk, beer or other liquids is simply false. Moss is easy to grow which is why this method sometimes works for people. You are better off using “pieces” instead of putting it in a blender which is sometimes recommended. Then use anything that will help the moss stick to the surface where you want it to grow. Mud works well. The most important factor is 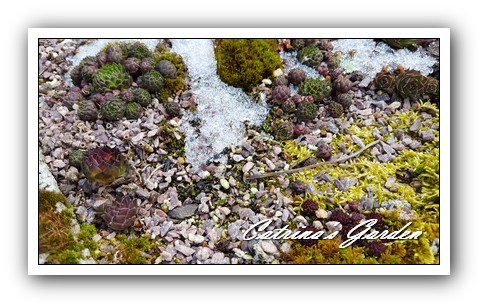 that the moss is firmly touching the surface where you want it to grow. So if you want to grow moss on a vertical surface like a pot or a wall it is best if you can lay it horizontal until the moss attaches. This is why methods like buttermilk (or mud) may work, because it helps the moss stick instead of falling off. “Sticking techniques” are not necessary for horizontal surfaces. 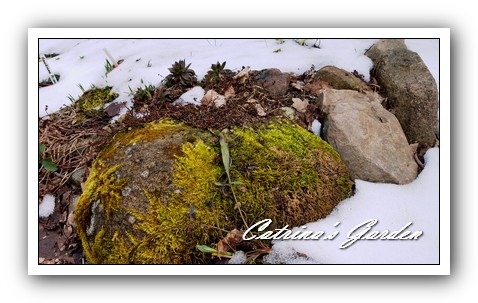 Spring is the perfect time to enjoy the moss in your garden. It is in fact one of the stars of the season before your other plants begin to fill in. Please, don’t think of moss as a weed. Instead think of it as the little runt, the underdog, which takes an opportunity where it finds it and ends up succeeding famously.