Is it an Herb or a Spice?

My herbs are looking pretty good, even though it is very early in the season. Here on the border of zone 3 and 4, I moved some of them to the in-ground beds of my greenhouse so that I was able to use them all winter. After doing this for a few years, I learned that it is a good idea to dig them up earlier so that they can get a good root system developed before the cold weather sets in. This way they will live through the winter…even Rosemary.  Soon they will be moving back out to the herb garden. 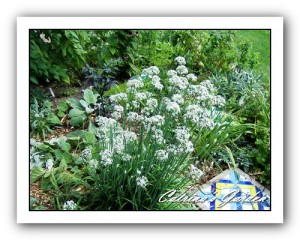 We (meaning most cooks that I know) often use the words herb and spice as though they were the same animal. Herbs and spices both come from plants. Herbs and spices are both used to flavor food and add that all important aroma. Both are best when used fresh, but they can be saved by drying or in some cases freezing. However, don’t be fooled into thinking that this will keep them forever. 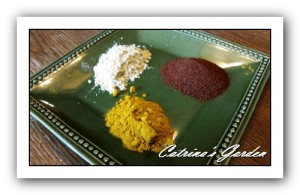 So, what’s the difference? Herbs usually, but not always, come from the leaves of herbaceous plants. What’s an herbaceous plant you say? Well, it is a plant that is non woody. This is why I say usually, but now always. I think rosemary and thyme among others can be a bit woody. Herbs usually are used in larger amounts than spices. There are some that say that an “herb” is any “useful” plant. The “use” doesn’t have to be for cooking. It can be used for medicinal purposes, for dying, or in any other useful way. In the middle ages they threw them on the floor to cover the stink in the house. The term “herb” is also used by botanists to mean simply that the plant dies down, and may not even be referring to its use. Most herbs originated from temperate climates like England, Italy, France, and yes; the “new world”. Some examples of herbs include: parsley, sage, rosemary and thyme (thanks S&G), but also basil (my favorite), oregano, marjoram, chives and mint, to name a few. 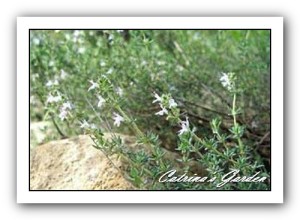 Spices on the other hand come from parts of the plant other than its leaves, like the bark, roots, seeds, fruits or flowers. To confuse you a bit, they can come from “herbaceous” or woody plants. The flavor of spices is, as a general rule, a lot stronger, so again, usually but not always, less is used. Most spices come from warm tropical places. Sorry dear, you can’t plant a 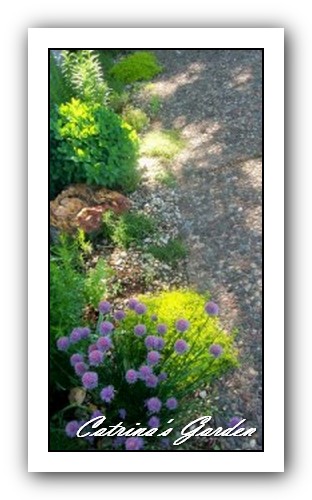 cinnamon tree in your yard here in Wisconsin. There are a few spices that actually help food keep longer as well as adding flavor. I suppose this could be helpful in a warm tropical climate. Examples of spices include: Cinnamon (this is the bark of the cinnamon or should I say Cassia tree-more on this in a future post), nutmeg, cumin, coriander and dill (all from seeds), Vanilla (from the underdeveloped fruit of an orchid), Ginger (a root), and Cloves (from a flower bud).

Some plants are both herbs and spices. The leaves of Coriandrum sativum are the source of cilantro (herb) while coriander (spice) is from the plant’s seeds. Dill is another example. The seeds are a spice while dill weed is an herb derived from the plant’s stems and leaves. In case you were wondering, salt is not an herb or a spice, it is a mineral. 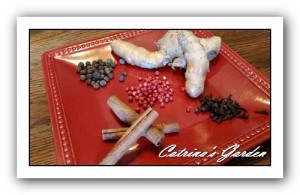