Why grow a daylily for Mom? History tells all… 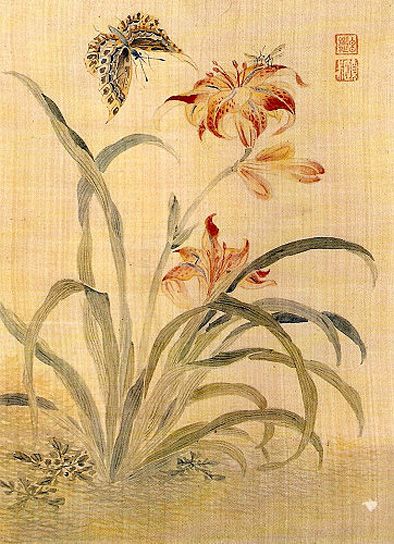 Most daylilies are native to China, Japan and neighboring eastern Asia; places like Mongolia, Northern India, Korea and eastern Siberia. Yes, this plant has been around for a millennia. Think 4000 years; a contemporary of Confucius. We have thousands of years old Chinese paintings showing orange daylilies that look just like our modern ditch lilies.

This orange daylily, often called the Tawny Daylily or Hemerocallis Fulva, is the most common and most often is the one that is eaten or used for medicinal purposes (although there are other species that were considered to have medicinal uses through the ages). The plant has tranquilizing and hallucinogenic properties. Ancient Chinese herbals called the tawny daylily “the forgetting sadness” herb or “xuancao”. The plant is mucilaginous and that sap that is formed when a scape is snapped has historically been used in treating burns. Due to the apparent ability to aid in relaxation they have, through the 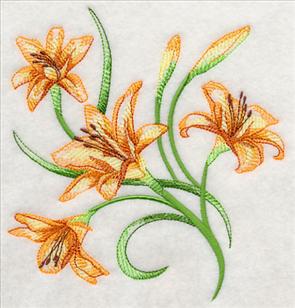 centuries, appeared in embroidery, on pillows, or as a subject for bedroom decor. A similar but smaller species, Hemerocallis minor, was used in ancient China by pregnant women, who believed that wearing this flower at the waist would help her give birth to a boy. Daylilies have always been used in China to honor women and to this day they still are a favored Mother’s Day gift.

The daylily most likely came to Europe along the silk routes from the Ottoman Empire, probably around the 1500’s. One of the earliest reliable English descriptions came from Gerard’s Herbal (1633).

In 1753 the Swedish naturalist Carl Linnaeus gave the plant it’s botanical name “Hemerocallis”. The Latin nameis from the Greek hemeros, a day, and kallos beauty, because the flowers are only open a single day. The translation is “beautiful for a day”. We call them lilies, but they actually are not. They are actually from the plant family Asphodelaceae rather than the Liliaceae family. They are more closely related to asparagus and agave. This family has natives all over the world except in North America. 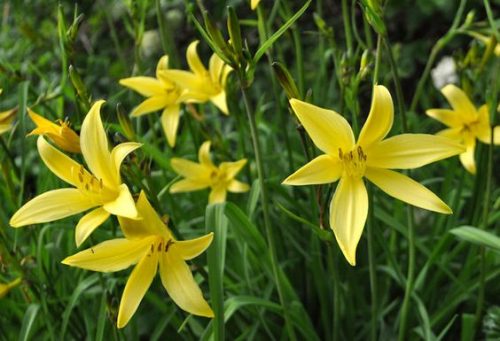 More and more species began to arrive in Europe in the 16th Century. Besides H. Fulva, H. Liloasphodelus (formerly H. flava) is the most common, and today is known as “the lemon lily”. This is the common yellow daylily that is still seen today. There were originally about 19 species but early hybrids have really confused this early lineage.

Breeding was occurring in Europe but daylilies were brought to the US in the 1600’s. Our ancestors treasured these flowers that they brought with them from the old country. Many escaped old homesteads and cemeteries and have become naturalized (and even considered weeds by some) through out the world. So why did these flowers travel like this in centuries past? It is for the same reason that they are one of the easiest plants to buy and transport today. The fleshy roots store water and energy allowing them to live “bare root” for a long time, and “travel” very well. weather it be by covered wagon or delivery drone or the USPS. Also, they have always been a carefree no fuss choice for both pioneers, and now for modern gardeners. It really is the perfect perennial; hardy, vigorous, not usually bothered by insects or disease, and easy to propagate.

These were the leaders, but many crosses were, and still are, made by backyard enthusiasts rather than professionals.

Across the big pond, in the United States, daylily breeding was really gathering speed, especially after World War II. Dr. Arlow Stout is considered the father of modern daylily breeding and the Stout Award has been, and still is, the most prestigious award that is given in the daylily world. Originally from Wisconsin (Go Big Red!!), he received his B.A. in botany from the University of Wisconsin in 1909 and a Ph.D. from Columbia in 1913. Starting in 1911 he worked for the New York Botanical Gardens and from there the extensive breeding started. His breeding program involving over 50,000 crosses, thousands of seedlings and hundreds of introductions and inspired many others to begin producing their own beauties. He also set the standard for meticulous record keeping which is necessary in a good breeding program and he published his historic book “Daylilies” in 1934. Some of his more well known varieties include: 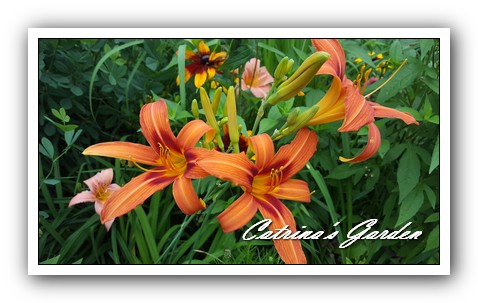 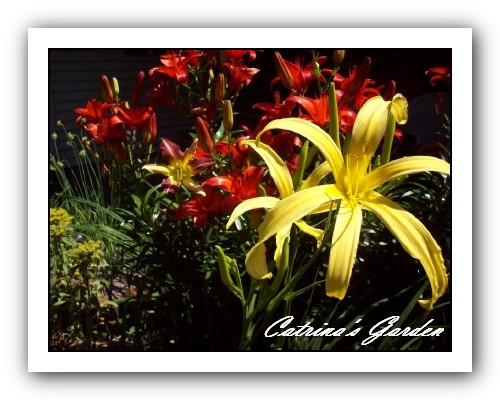 Much more can be said about “heirloom” daylilies and I hope to explore this some more in a future post. A good starting place to identify or study “old” daylilies is the Hemerocallis Check List 1893–1957, published by the American Hemerocallis Society. This document is no longer available on their website but you can get it from the Cornell University library from this link.

The nonprofit American Hemerocallis Society was formed in 1946. It is an international registry whose goal is to promote the propagation and advancement of the daylily. Today there are more 80,000 cultivars, and constantly growing. The old historic daylily has been transformed into a wide array of size, form, color and texture. You can learn most everything you would like to know about through the American Hemerocallis Society, including an all inclusive cultivar search with an excellent advanced search, as well as general educational pages, membership, local chapters, sources and more.

In the spirit of relating the modern to the historic, I will close with a 1969 quote from Karl Forester, a famous German perennial breeder and writer:

“In the kingdom of Hemerocallis-opened to us a whole new continent of flowers from a variety joy beyond all of our hunches. ”